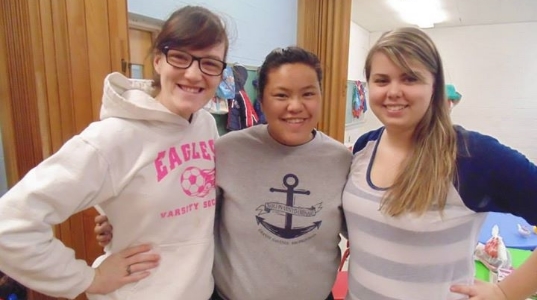 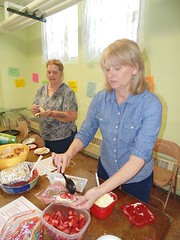 David and Kelly Kaiser and a group of amazing young people were called to Western Avenue Baptist Church, allowing Former Pastor Don Bethan and his wife, Betty, to retire.

The Bethans had been faithfully serving the community for twenty years providing love, care, groceries and meals to this impoverished neighborhood in South Toledo.

With God’s guidance, the new team has forged ahead with this mission of meeting the community’s spiritual and physical needs.

Crime is a consistent and considerable challenge in impoverished neighborhoods. Western Avenue Ministries – tired of watching illegal drug deals occurring at two houses adjacent to our church, bought and demolished a row of abandoned homes. The ministry restored the land by turning it into community gardens. 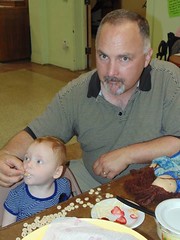 “Baby U” began in partnership with Cherry Street Mission funded by a generous grant from the ProMedica Advocacy Fund of the Toledo Community Foundation.

Western Avenue Ministries moved around the corner to 1411 Broadway Street.

An additional Parent Advocate was added to continue supportive relationships and offer additional resources to our Graduates.

A bilingual Latino Parent Advocate was added to meet the needs of our Spanish speaking participants.

Baby University is able to stand on it’s own with the help of Western Avenue Baptist Church, no longer needing a partnership with Cherry Street Mission.

Baby University begins to form it’s own Board of Directors, and it incorporates.

First Presbyterian Church purchases the old St James School on the corner of Orchard and Broadway Streets in South Toledo for Mosaic Ministries and Baby U.

In July 2015, Mosaic Ministries and Baby U moved into its current location at 860 Orchard St, near Broadway in South Toledo.

Baby U celebrates over 400 graduates.